Records updated to 2014 now stand at 582 species, closing in on 600!! Standout species…Cortinarius nolaneiformis as new to Britain, Amanita simulans, Russula atroglauca and Russula vinnosobrunea all new to Middlesex and the Heath, are also very rare records for the country.  Click on the link below to view the database. 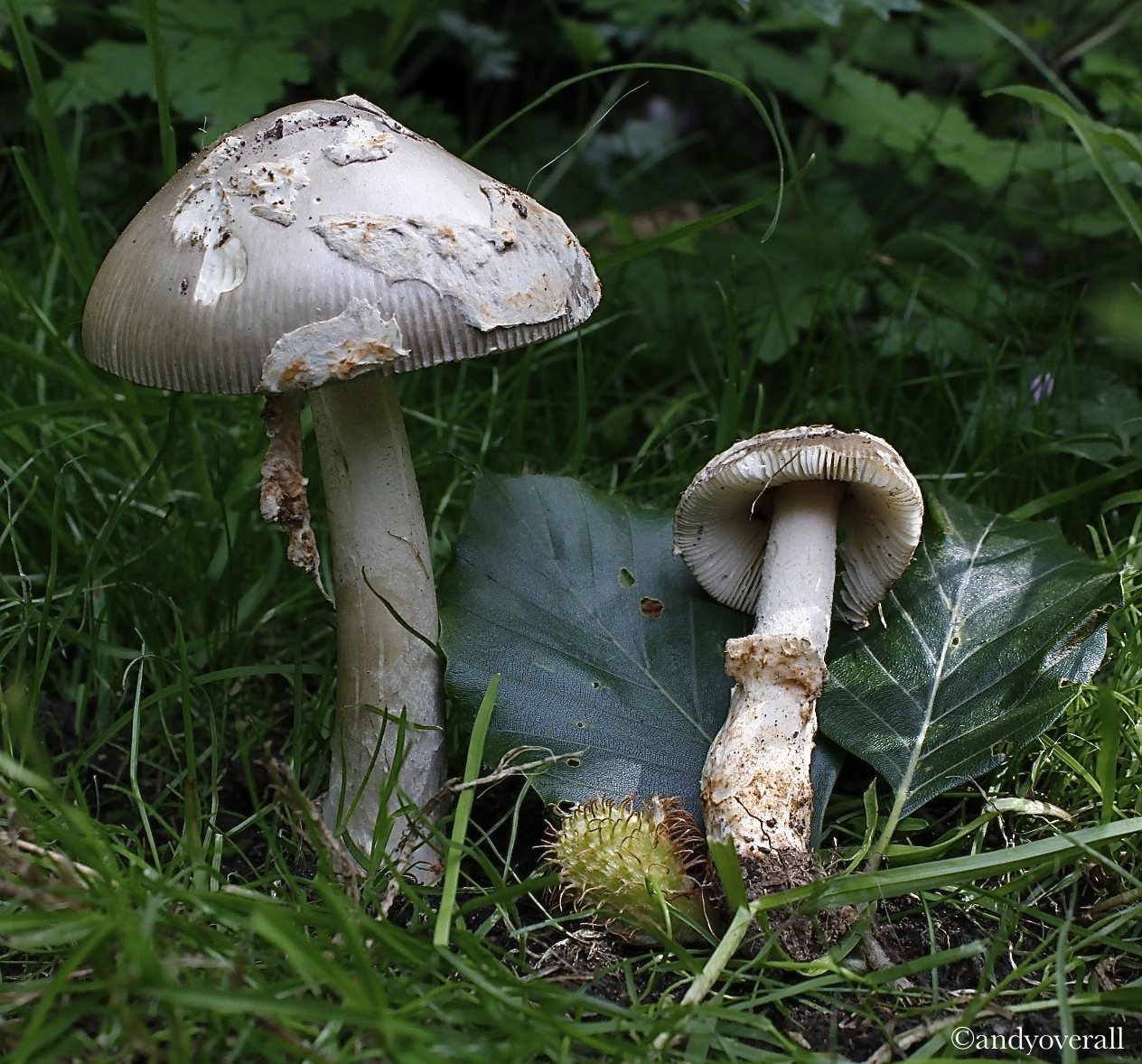 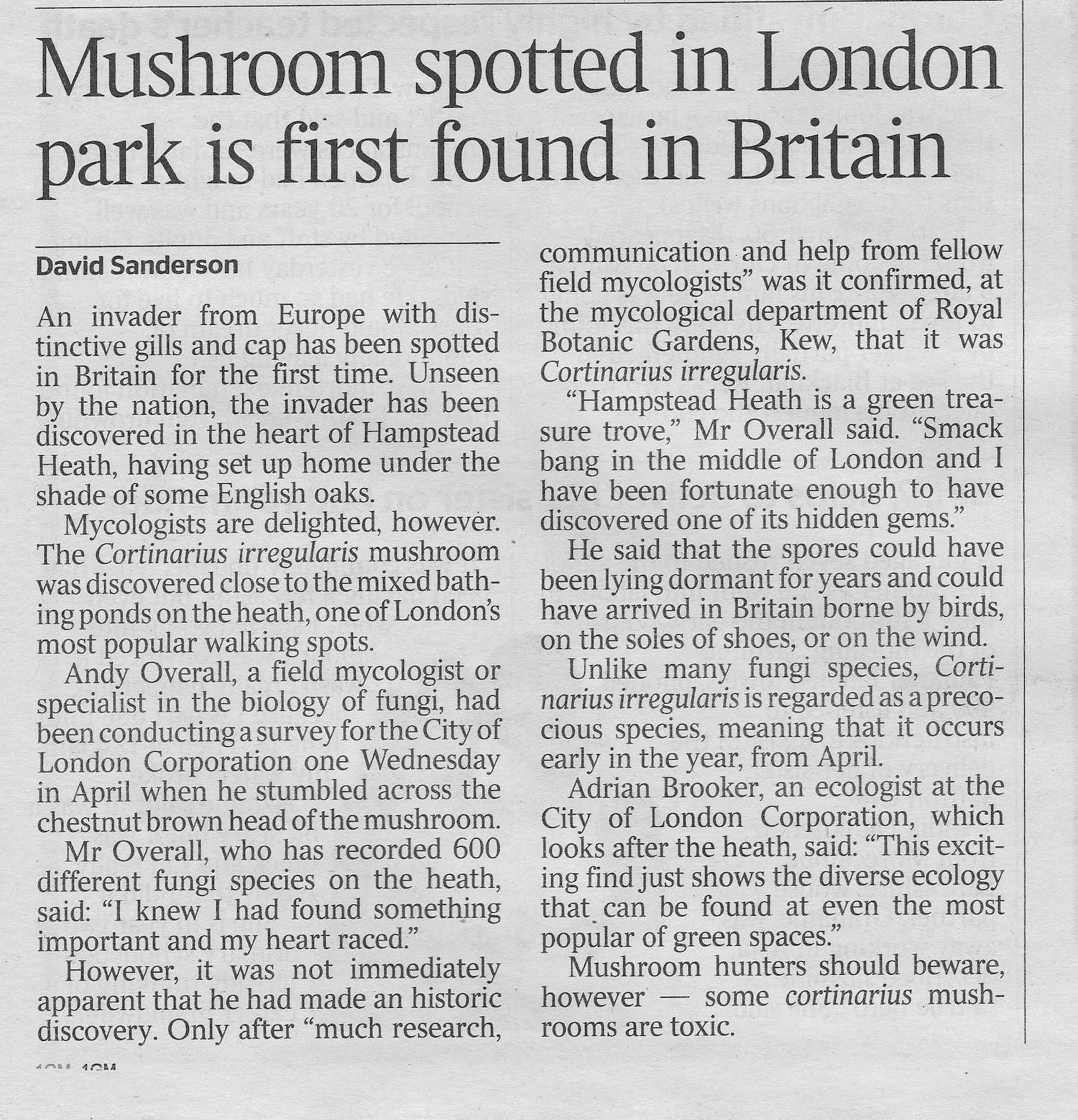 The Cortinarius, following much research, communication and help from fellow Field Mycologists, was finally confirmed as Cortinarius nolaneiformis, a species new to Britain. During the research into identifying this species I made contact with French mycologist Jacques Melot, little did I know that it was he who published the neotype for a species called Cortinarius irregularis having previously published C. paruraceus now synonymous with C. irregularis. Jacques recognised my collection as C. irregularis pretty much straight away. The spore range is surprisingly broad, the spores shown below represent the lowest range. However, due to the lack of forthcoming material for the type of C. irregularis this species is currently regarded as a Nomen Dubium. As a result, C. nolaneiformis has been combined as a new species by Finnish Mycologist, Balint Dima with whom I communicated regarding my collection. 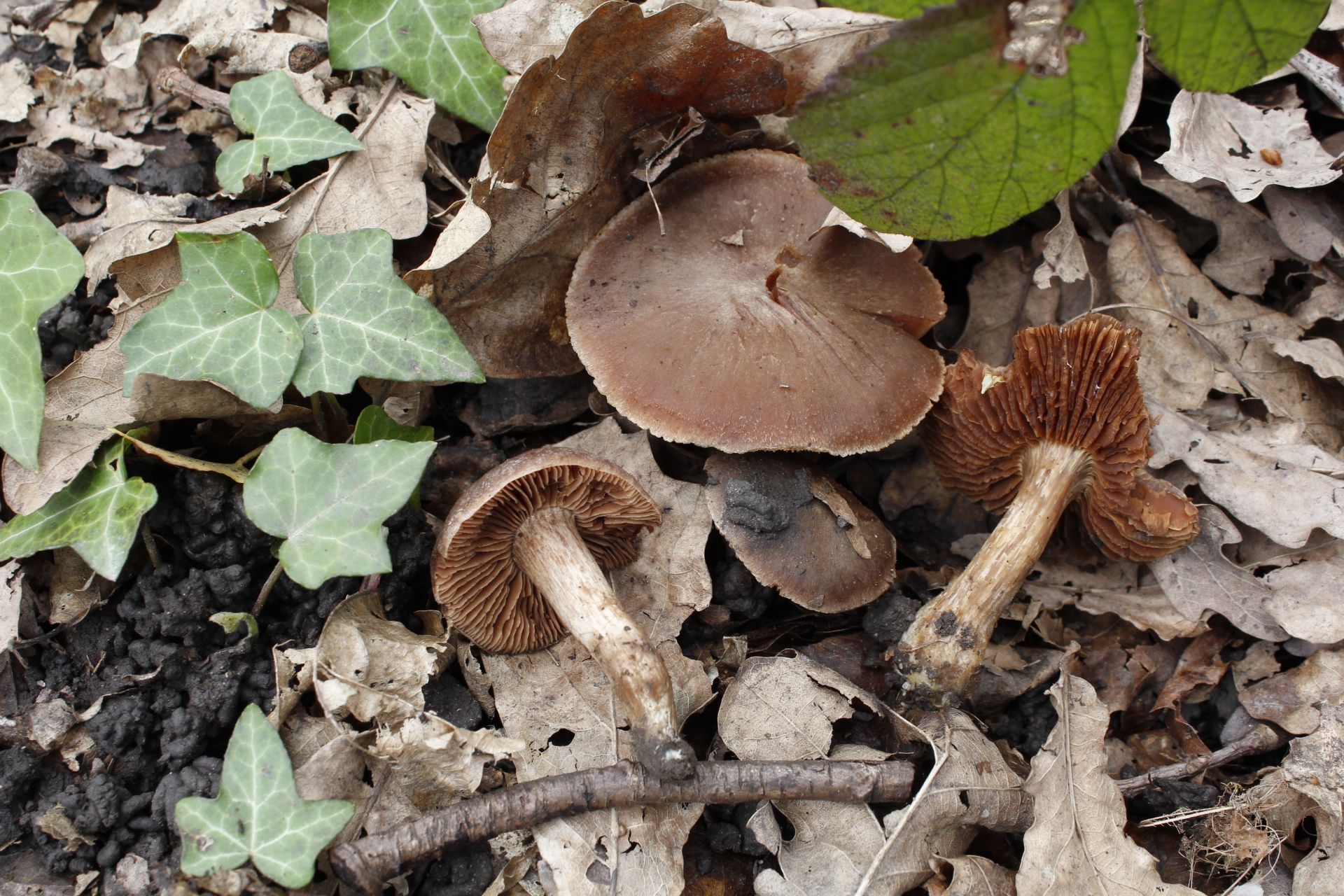 Cortinarius nolaneiformis is regarded a precocious species, meaning that it occurs early in the year from April onward. It is a taxa belonging to the subgenera Telemonia and to the section colymbadini. Some believe it belongs to section uracei as the fruit bodies darken upon drying. There are number of sections that exhibit similar characteristics. The fact that C. nolaneiformis does not blacken as such, reveals that it falls within colymbadini. Another characteristic is that gill and cap tissue squashed in 2% KOH with water and left to dry will leave a yellowish/green dye at the edge of the cover slip. Other close species would be C. rigidipes & C. colymbandinus however these species would be fruiting later in the year.

However, the story did not end here.  Following further research a critical article came to light on the existing known species within the sections Colymbandini & Uracei, plus two newly proposed taxon and one new combination.  This article produced a tree of the DNA sequenced species along with other sections, Cinnabarini, Brunnei & Hinnulei.  Scanning the table I could not see C. irregularis among the species, rubbing my head I took a look at the newly proposed species and was almost certain that it was one of these.  I then emailed the main author this paper, Balint Dima, based in Finland, to ask why C. irregularis was not included therein.  His reply was very interesting, he had requested material from Jacques Melot which was not forthcoming, Balint then excluded the species from his study, a name which he considers to be a Nomen Dubium.  On the information that I provided Balint, he strongly felt that what I actually had was C. nolaneiformis a species known to be a widespread spring species in Europe with both Conifer and Oak.  This was borne out when the material was DNA sequenced at Kew, a 100% match with Cortinarius nolaneiformis.  A vernal species that is still New to Britain despite the difficulty in getting there.  PHEW!!!  Cortinarius nolaneiformis will be published as New to Britain in the forthcoming publication of Field Mycology – Autumn 2014.

Habitat
A pond margin consisting mainly of Quercus rober surrounded by a few young specimens of Fagus silvatica, Carpinus betulinus the odd Cratageus and Salix amongst Acer and some Rhododendron, on London Clay. Most likely associating with Quercus. Which is interesting as on mainland Europe it mainly associates with Picea, Spruce. 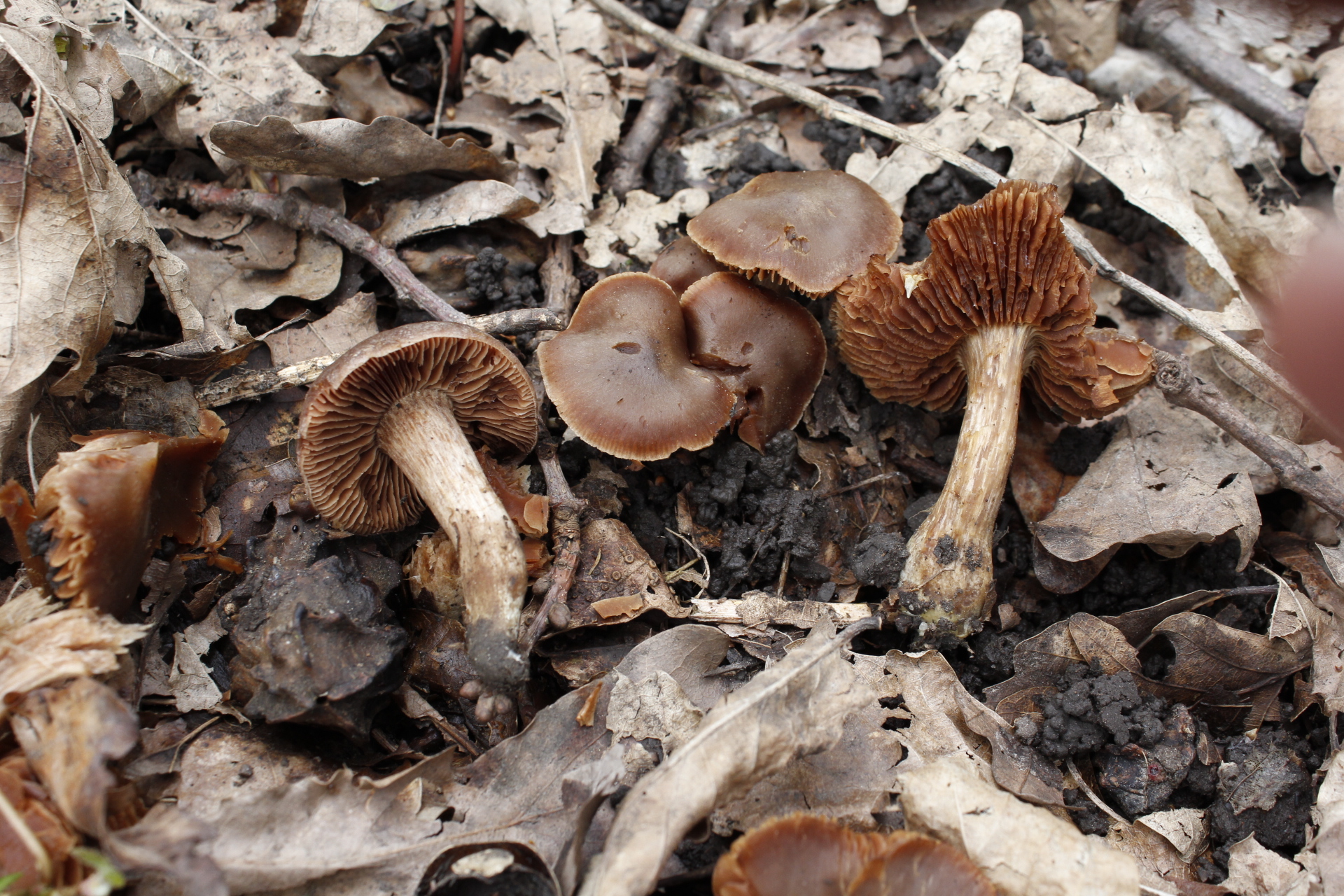 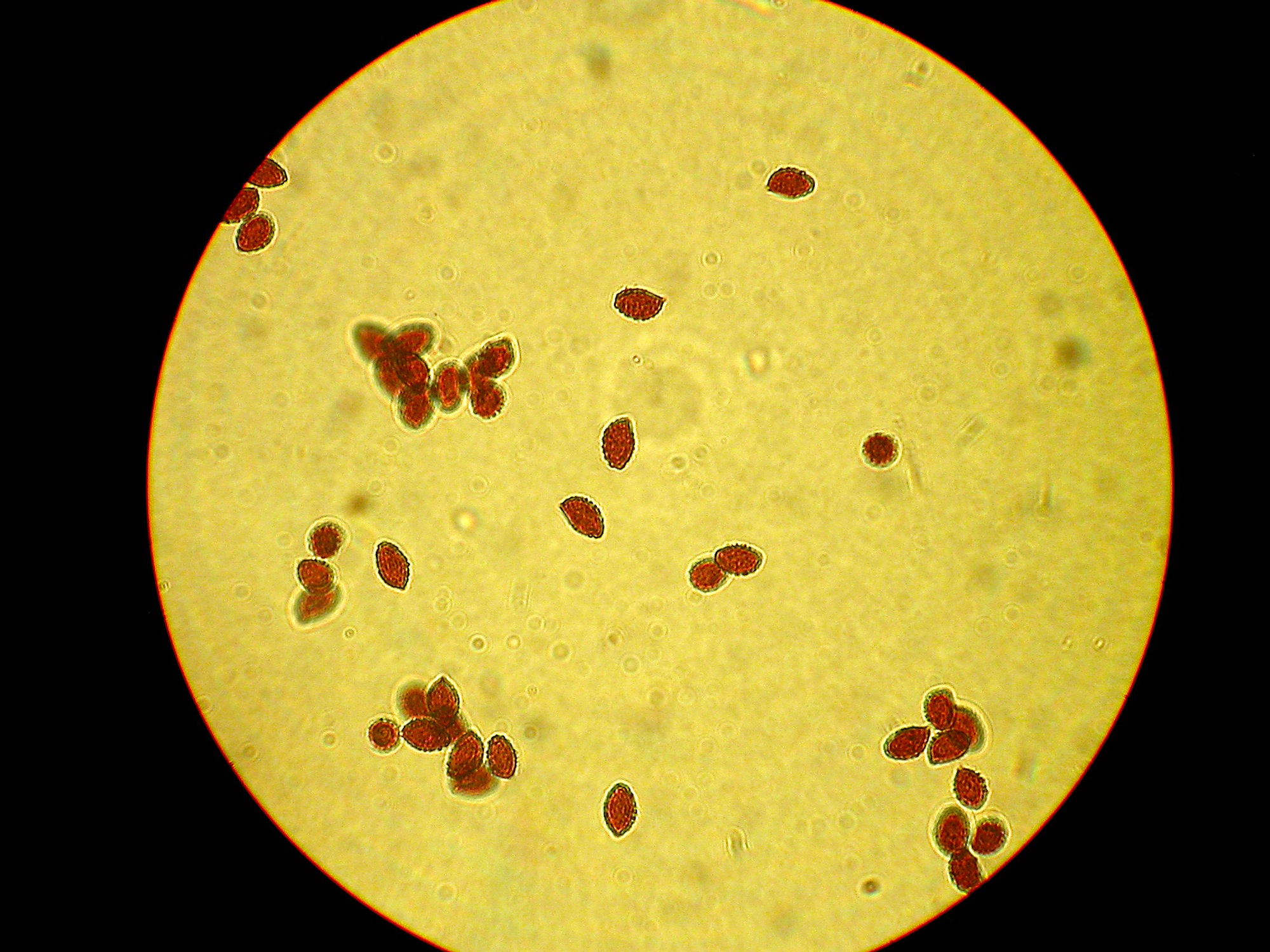 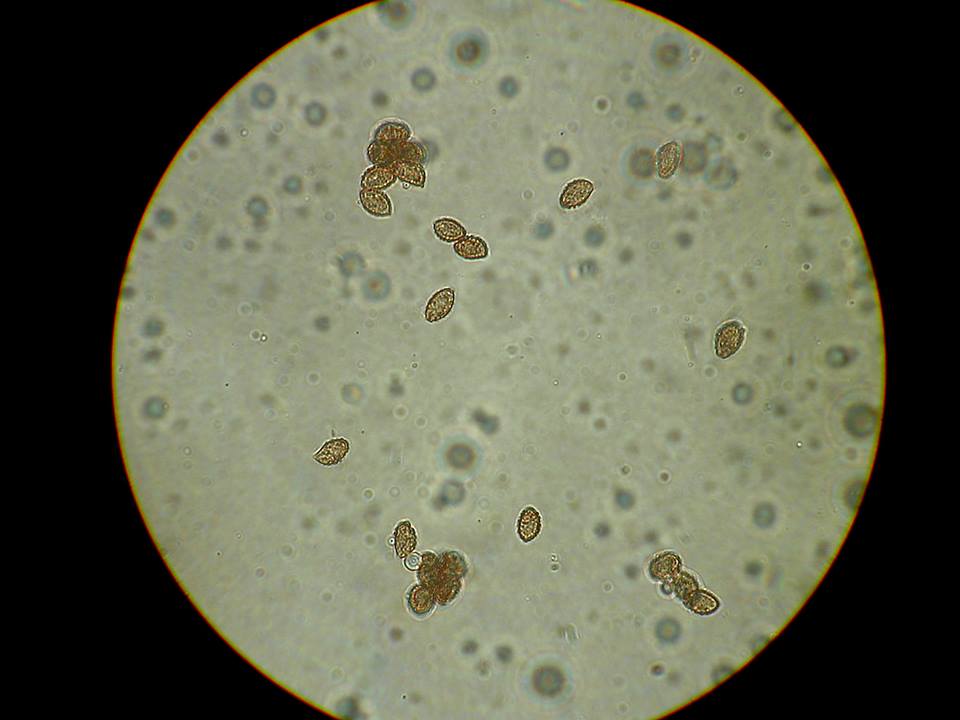 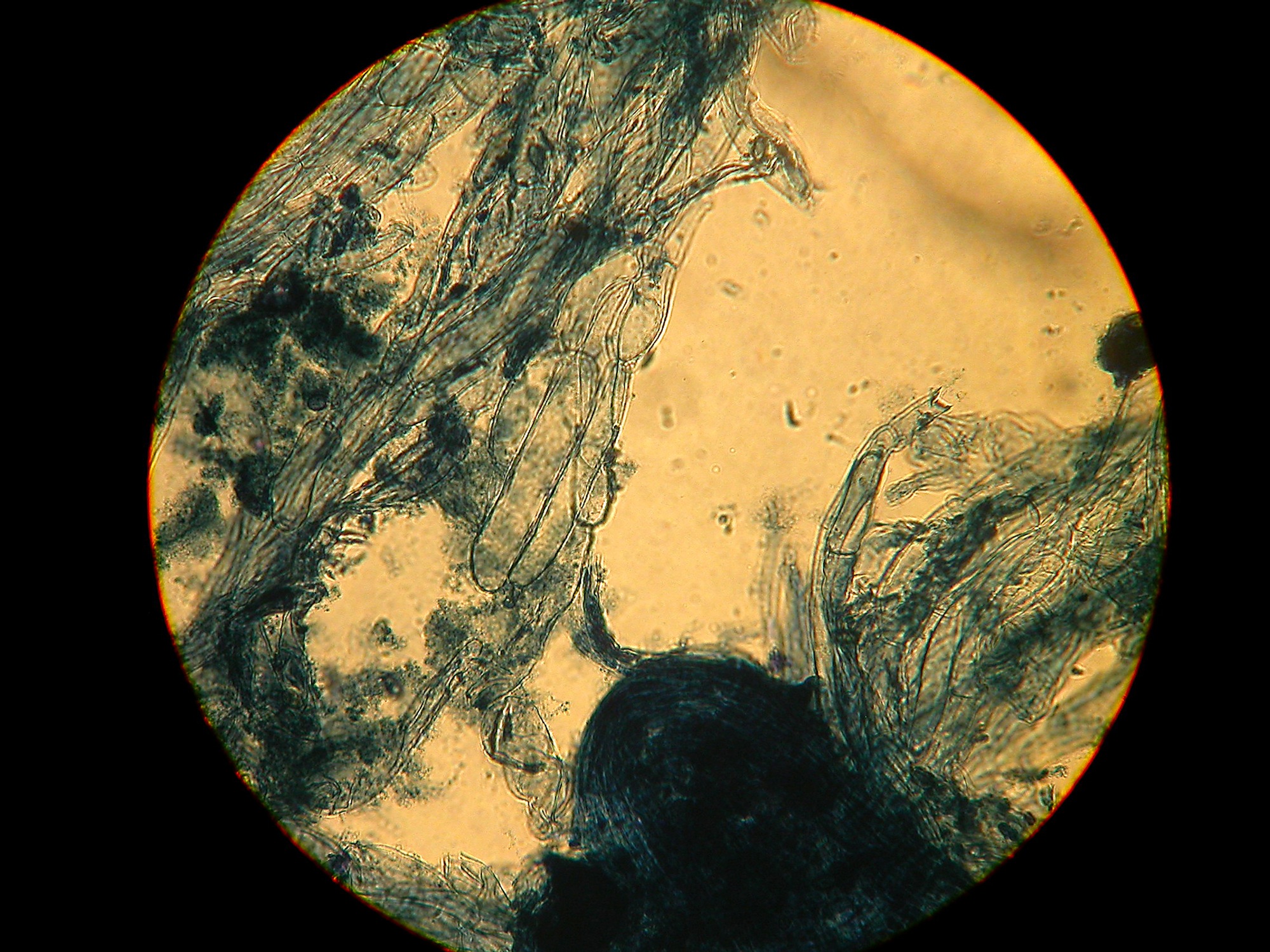 Photo © Andy Overall PP cells, smooth. I’ve included this picture of the cap cuticle cells to highlight an important difference between this species and Cortinarius vernus, the cells above are smooth as opposed to the cells of Cortinarius vernus which are encrusted.

Press on the link below to view the final published article on this species in Field Mycology.

Interested in Psathyrella?  Well here is a page dedicated to the genus which includes photographs and drawings with original and modern descriptions, a rarity indeed, and a modern key to the genus all put together by Andreas Meltzer in 2012.

A review of the 2013 season with best of images

I wanted to flag up the newly published red list of bolete species
that has received official approval from JNCC.

Martyn Ainsworth (RBGKew)and others have been working hard with the criteria
available. The introduction to the list is very well worth reading as it
outlines the problems that we have in determining red list species as well
as the data mining that they have undertaken and the research that they have
utilised to make this happen. When you read this and realise the work
involved, you will understand why they just worked with one group of fungi
initially.

Please find below, a link to the document.

The genus Lactarius can be difficult to ID to species as many look very similar, as a result microscopic work is often needed to confirm which species you actually have and this species is no exception.    All species of Lactarius release a liquid substance which is referred to as lactating, this substance can be watery, white through to blood red, some of the ‘white milk’ species turn yellow when it combines with oxygen.  The different colours of liquid can also help with identification, this species has a white, unchanging liquid.  The fact that L. subdulcis often associates with Beech trees and has dull flesh-brown colours does also help with ID but so can other, similar looking species such as, L. decipiens (white milk changing yellow) and L. tabidus (white unchanging milk), therefore, in this case, the microscopic details, especially of the spores and of the cells of the cap cuticle are of importance. 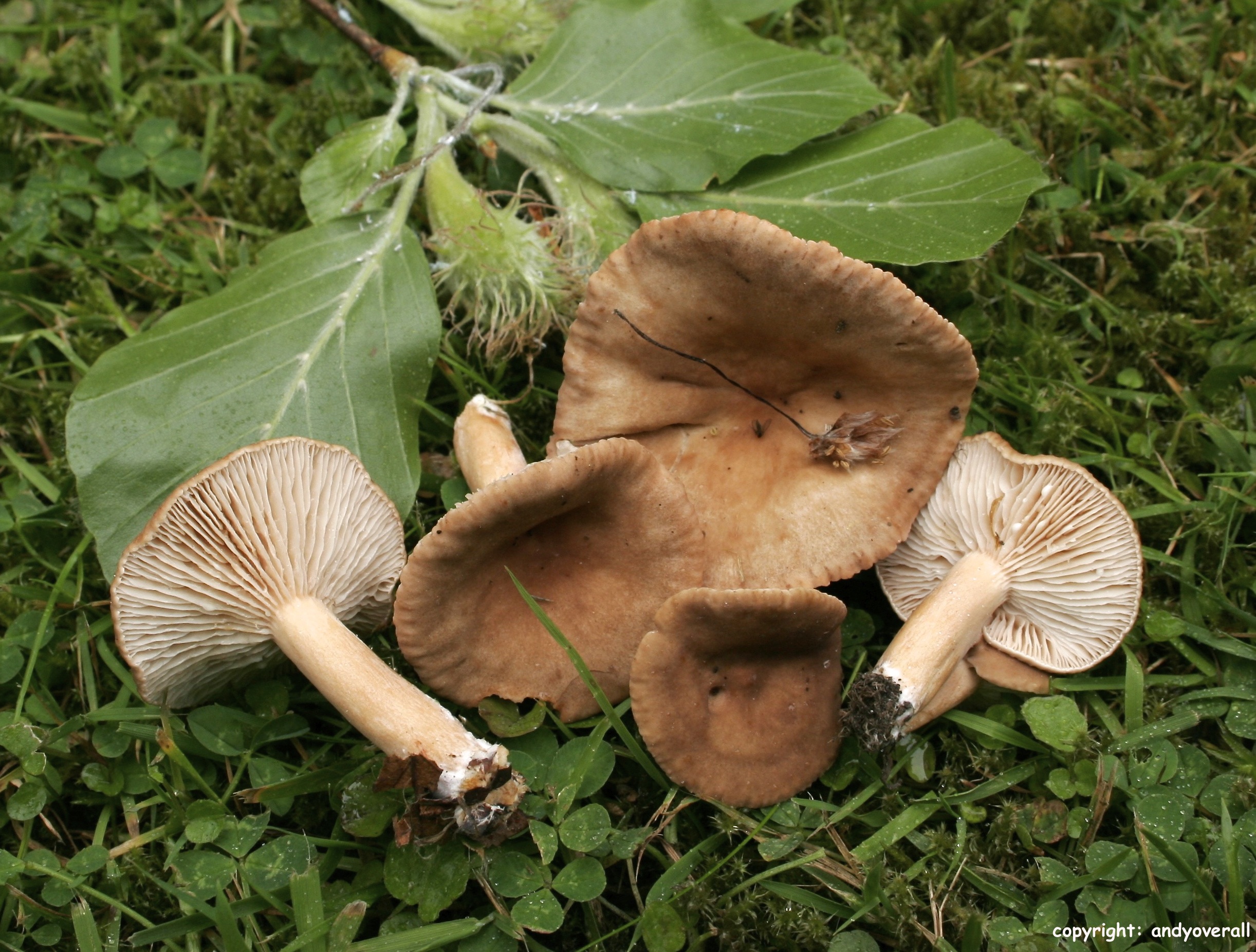